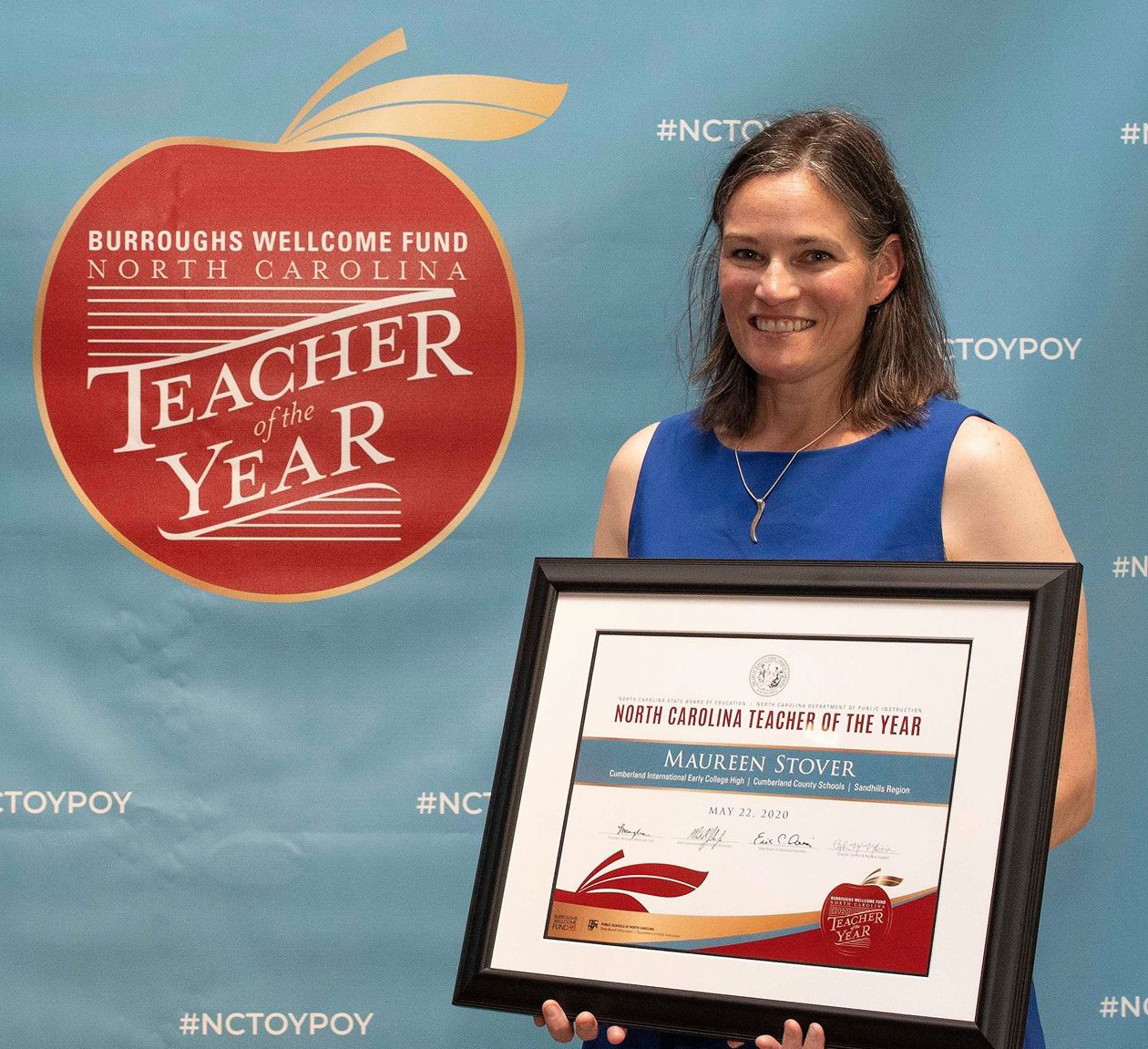 “I wanted to be an astronaut,” Maureen Stover said, as she remembers a school counselor who encouraged her to pursue her dreams of exploring space, “It was a catalog for this place called the Air Force Academy.” It was an admirable goal and S 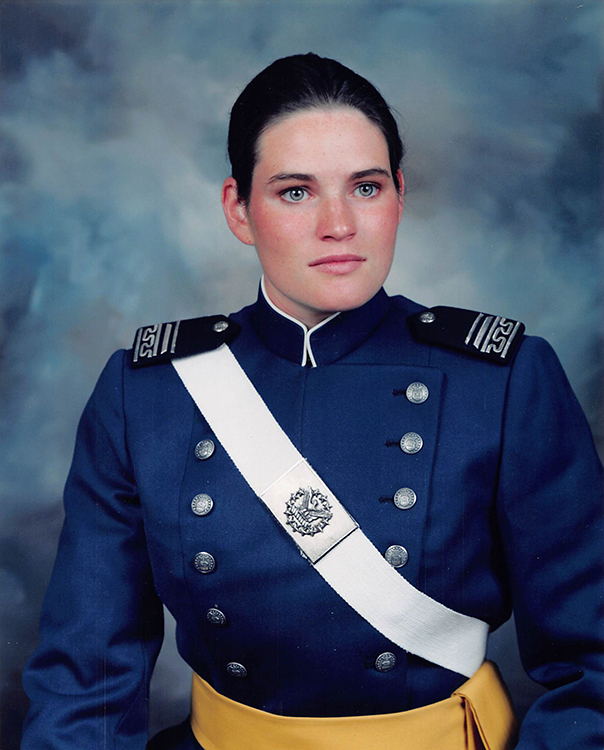 tover knew that one of the things she needed to do to be an astronaut was to be a pilot, “And so I decided in 7th grade, I was going to go to the Air Force Academy and I worked that goal all the way through high school.”

Stover did attend the Air Force Academy, but unfortunately her eye sight prevented her from pursuing a path to the moon. She was a glass half-full leader though and that didn’t stop Stover from accomplishing her goals, “I feel like everything that happens to you happens for a reason. You don't really know why at the time, but being an Intel Officer set me up great to be a teacher.” Instead of going to space, Stover served as an Air Force Intelligence Officer for five years, where she traveled the world and had the opportunity to go to graduate school. In her words, “…it ended up being a fantastic opportunity for me.” During those five years, she learned a variety of marketable skills, started a family and had three children – and they became the center of her world.

Transitioning with Troops to Teachers (TTT)

Stover left active duty when her oldest son was in kindergarten. His teacher needed help, so she started volunteering. It was that experience that introduced her to a new career, “I fell in love with it and decided that I wanted to be a teacher, so I went in and talked to the Education Office and they're the ones who put me on the path with Troops to Teachers (TTT) … it was a great career change and I'm really happy that I did it.” 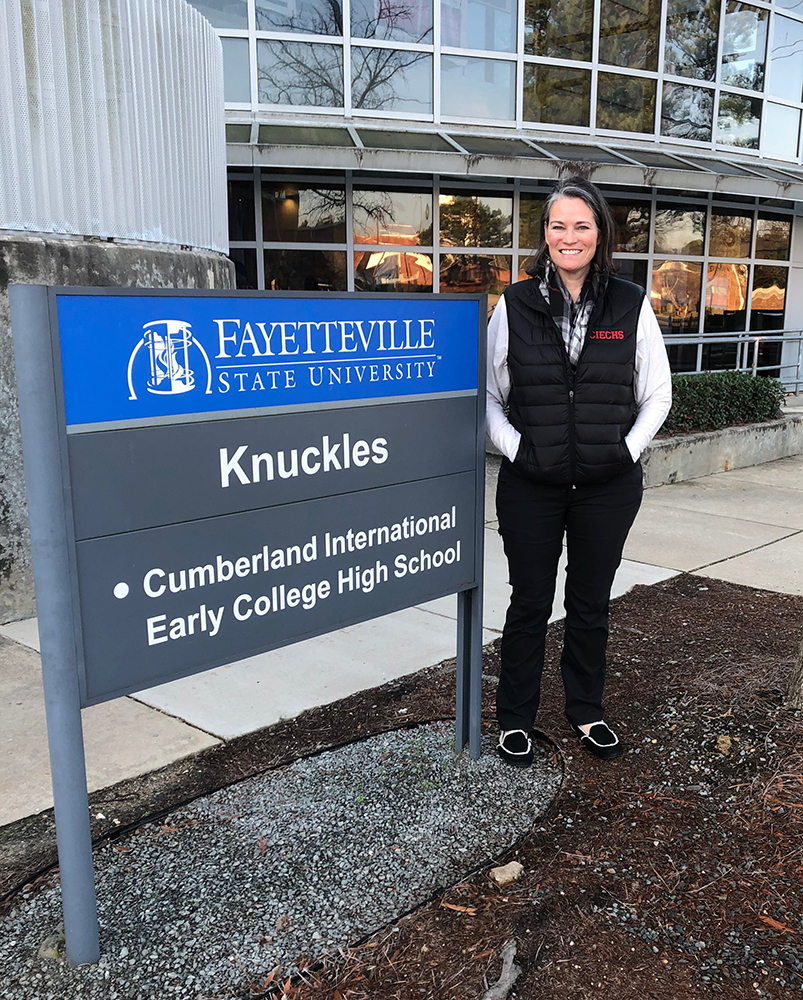 “Being an Intel officer really set me up to be a teacher, because I was essentially developing lessons to talk to pilots and commanders,” said Stover. Many skills gleaned from military service are useful in the classroom. That’s one benefit that the TTT program emphasizes with U.S. military veterans who are separating or transitioning from the military. Stover is just one of 100K service members and veterans that the TTT program has helped become certified and employed as K-12 teachers since 1994. The TTT program also provides a long-term veteran career solution to address teacher shortages throughout the nation with 70% of program participants remaining in the teaching profession.
When asked to list some of the other skills the military provided, Stover quickly said, “I think the first was “service before self.” I understood that there was a real importance in serving my community and serving my students and that was definitely something that I learned from the military.” Other skills included her ability to work with data, her computer and technology skills, and even award writing as an executive officer, “I was able to translate those skills directly into my teaching career.”

Science Mom and Teacher of the Year

Stover used her hard skills and experiences from the military to help her excel as a science teacher for 9th and 10th graders at Cumberland International Early College High School in North Carolina. But she says that being a teacher is more than having hard skills and the one thing she would have liked to have known before entering the classroom was that teachers are not just educators. She said that it requires much more, “I really thought when I went into teaching, I was going to be the importer of knowledge. I didn't realize that I was also going to be a cheerleader and a nurse and a counselor and a mom. My kids actually call me “the Science Mom.”” 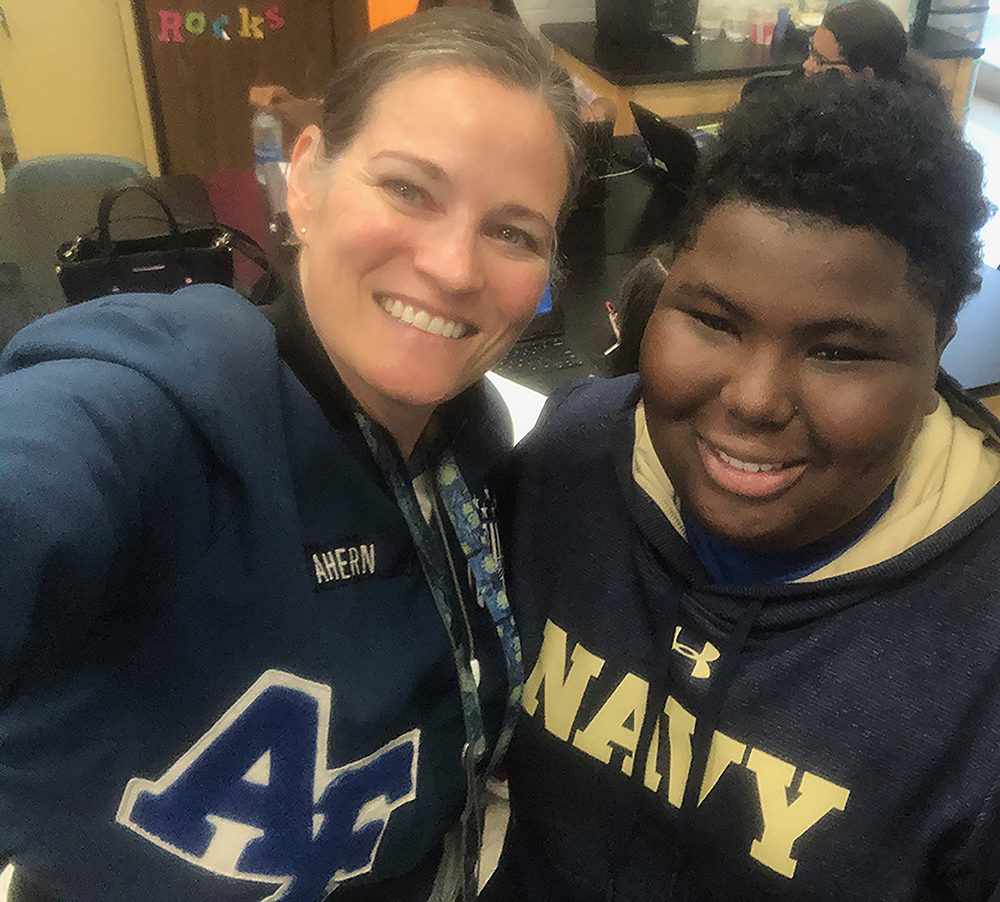 Her passion for teaching sparkles when talking about her students, “There's so much more to gain than just being able to talk to kids and to give them information, you truly have to be somebody who's in their corner, every day, 100% of the time, helping them develop and helping them know that they're going to be successful as adults… And so, I didn't realize that teaching was truly going to grab my heart, and that I would never want to do anything other than teach.”
Maybe, just maybe, that had something to do with Stover receiving the Burroughs Wellcome Fund North Carolina Teacher of the Year Award for 2020 this past July. She said that she was truly surprised, “I really look forward to the opportunity to advocate for kids and for teachers and to help bring some highlights of some of the amazing things that are going on in North Carolina's educational system. So. I'm really excited to be in a position where I can do that.”
.
Airmen – Teacher – Mentor

Maureen Stover isn’t just an award-winning teacher dedicated and committed to the future of her students. She’s also an American Airmen who wanted to continue serving in her local community. She is one of the many motivated, skilled, and dedicated military personnel seeking to serve again as educators in our nation's classrooms. The Troops to Teachers program helped her do just that, “I feel like I was very fortunate to be in the military and to be around people who were continuously doing service before self… I've been very fortunate in both of my careers to be around amazing people who are truly doing things to make our communities better.”

Stover offers this advice to those looking to follow in her footsteps, “Go and volunteer… and see if it's the right career for you, 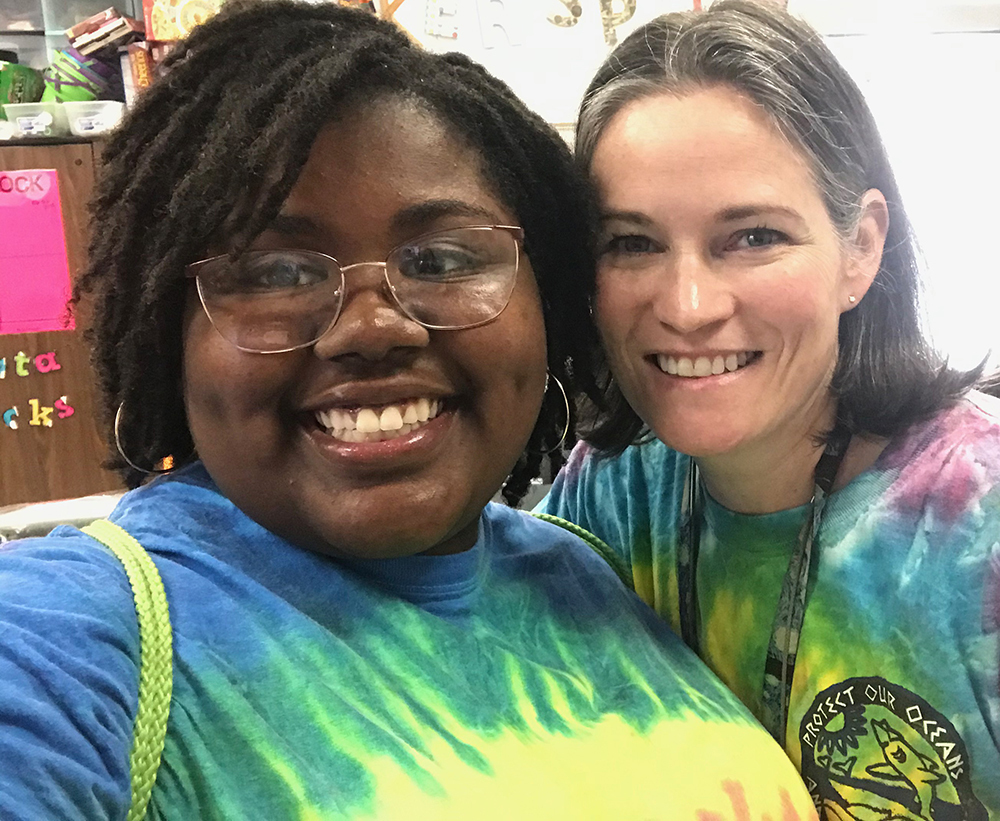 because teaching, just like the military, is a calling. It's not just a career.” She said volunteering can be helping with a sports team, assisting in a classroom, or even joining a mentor program like the Big Brothers Big Sisters.
As Teacher of the Year, Stover is not teaching science this coming school year. Part of her award is a one-year sabbatical to act as an educational ambassador around the state. After that, Stover wants to get her PhD in science education, “Mostly because I feel like that will give me more opportunities to help teachers and help kids. I enjoy mentoring… and I feel like that's something that I would be really good at.” Of course, Stover did also say that being an astronaut may be out of the picture, but… “If they offer positions for people to fly to Mars and be teachers, I'll be the first one on there.”

Troops to Teachers is a Defense Department program, managed by the Defense Activity for Non-Traditional Education Support, a component of the Defense Human Resources Activity (DHRA). Visit www.proudtoserveagain.com for more information.