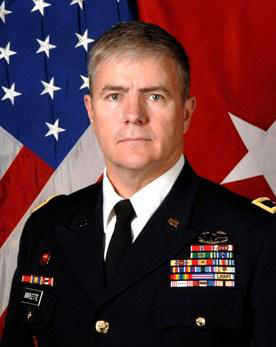 South Dakota has a new commander of its Air and Army National Guard. Brigadier General Jeffrey P. Marlette took over as the state’s 22nd Adjutant General last month. He’s more than a leader of the state’s military might too, he’s also a Troops to Teachers (TTT) advocate and former educator in the state’s classrooms.

Marlette enlisted in the South Dakota Army National Guard in 1980. As Commanding General, he will ensure the readiness of nearly 4,200 Air and Army National Guard citizen Soldiers and Airman and 950 full-time federal and state employees to respond in times of national or state emergency.

“General Marlette is a leader and a public servant,” said Governor Kristi Noem. “He shares my vision for our National Guard, and together we’ll work to enhance recruiting and training and ensure our troops are ready for any and all missions that come their way…” https://ktwb.com/news/articles/2019/may/01/gov-noem-appoints-new-head-of-sd-national-guard/

“It’s an honor to serve our state and our governor in this role,” said Marlette. “We have the best Soldiers and Airmen in the country, and I intend to continue this tradition of success and look for ways to better prepare the men and women of the National Guard for the future missions we will be asked to undertake.” https://ktwb.com/news/articles/2019/may/01/gov-noem-appoints-new-head-of-sd-national-guard/

When not wearing the uniform, Marlette has been active in the state’s school system and actively helping other military members in their pursuit of teaching careers. In his civilian career, Marlette led Gettysburg School District as Superintendent and Elementary Principal. He later held a similar role in New Underwood School District. But most importantly for Troops to Teachers, he diligently worked as an advocate of the TTT program. Marlette was a member of the Northwest Region from September 2017 to June 2019, serving TTT as the State Representative for the program.

LeRoy “Le” Gaub, Army Colonel (retired) and Program Manager for Troops to Teachers Northwest Region, is sad to see him go, “Losing Jeff is a huge loss to the NWTTT region, as it is rare to find a person eminently qualified in both the military and education professions.” The Northwest Region serves Alaska, Oregon, Washington, Idaho, Montana, Wyoming, North Dakota, South Dakota, Minnesota, and Wisconsin.

Troops to Teachers wishes General Marlette success in his new mission. Having an advocate of the program in charge of thousands of troops means the state may also find more qualified military members serving a second career in its’ classrooms.